Home / Travel / The Best Understanding of the Grand Canyon 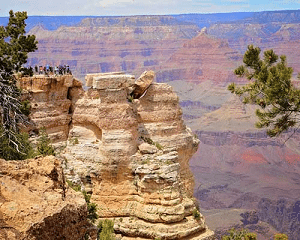 The dating of the deepest layers dates back to around 1800 million years ago, the different geological ages of the sediments vary from 2 billion years of the Vishnu Schist’s to the base of the Inner Gorge, to the 230 million years of age of the Kaibab Limestone on the upper edge.

3 free shuttles leave from the Village and will take you along the scenic roads of the canyon. Whether you have reached the Visitor Center with your machine, or you have used the bus, this service will prove very useful. The frequency varies depending on the time of day but in the most important times, there is a ride every 15 minutes.

During the outward journey, there will be as many as nine stops along with the viewpoints, while on the return there will be only three. Travel time to complete this tour without ever getting off: 80 minutes. Please note: as mentioned above this service is not active in the months of December, January and February, the only months in which the road is open to private cars.

Hikers’ Express Shuttle Bus: those interested only in going to the South Kaibab Trailhead (service terminus) in the early morning can opt for the express shuttle that leaves from Bright Angel Lodge and stops only at the Backcountry Information Center and the Grand Canyon Visitor Center.

Where to sleep inside and outside the Grand Canyon

When organizing a visit to the Grand Canyon, one inevitably faces the question of accommodation. In this choice, many factors come into play, first of all, what our itinerary is. Having the next stop to be reached and a roadmap to be respected is not a trivial matter. Just as it is not secondary to find a place from which to enjoy a beautiful view or that is comfortable to reach after a long day.